OUR SOURCE OF INSPIRATION

HAJI ROZUDDIN
Haji Rozuddin was a man who pioneered a life of service, growth, discipline and patience. Born in a farmer’s family in the village of Asara of Uttar Pradesh, in the year 1922 He became the light which showed the generations to come the way of life and one’s duty towards it. In short he was A LIGHT HOUSE for the community.

Being the only child from his family with immense interest in seeking knowledge, he showcased eagerness to learn from the early days of his primary school only. He realized the power of words and knowledge in shaping the world of tomorrow and soon dedicated his entire life to bring about a change. He became a social reformer.
Since childhood Haji ji embodied a discipline which is still the talk of the town. He was amongst the first from his village who reached Delhi in search of a job. Thus, paved the way for the people of his village to travel for knowledge and service even beyond the boundaries of their village. He envisioned a society that makes one independent financially, intellectually and socially.

Haji ji became a father figure for whosoever reached out to him to the extent that he didn't just guide the people but even gave accommodation in his own small house in Old Delhi. With time, his house became the Information Centre. All those who registered at Delhi Employment Exchange would give the address of his house only. Being an outstanding member of the society, an excellent orator, a master of Hindi and Urdu calligraphy Haji ji excelled in various fields. But the art he enjoyed the most was teaching. It soon became his passion. Soon after finishing the school, he passed various exams of hindi and urdu and was appointed as a munshi/ teacher thus was even famously known by the villagers as Munshi Rozu. 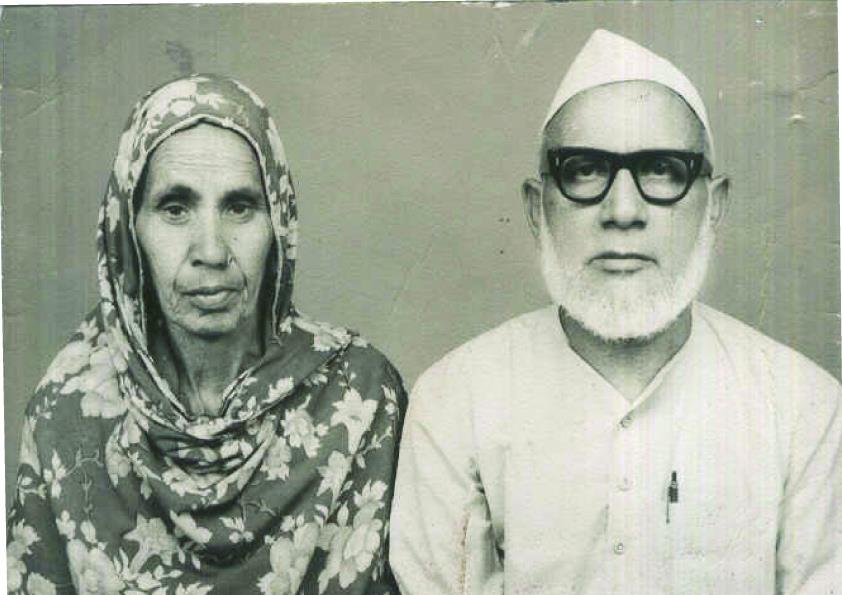 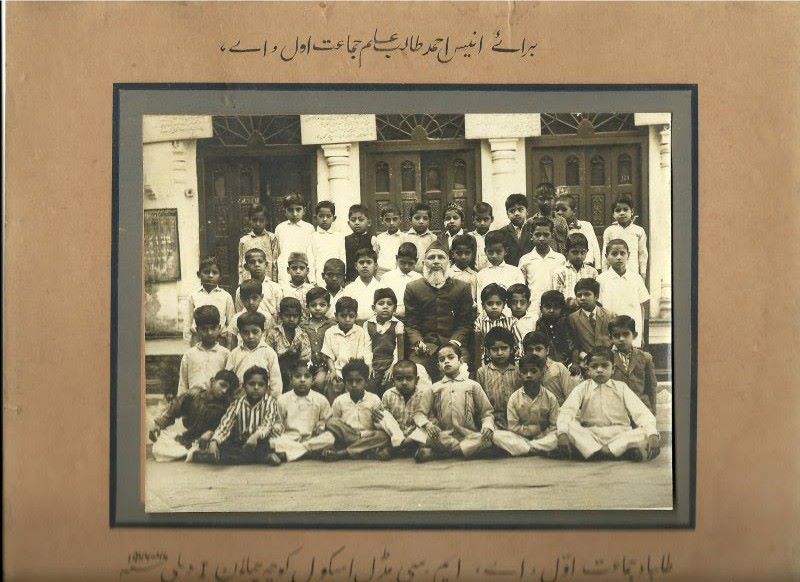 Haji Rozuddin as the Headmaster with Dr. Anis Ahmed (Founder) sitting on his right side.
His teaching career began from a small village of Tawli where he started teaching at Madarsa Darul Uloom Husainiya at the age of seventeen itself. Later he shifted to the Maktab Hifazatul Islam, Asara as headmaster and it was during his tenure that the school witnessed the most excellent time of its era and begged the top most position in every academic exercise. may it be debating, bait bazi, or theatre haji became the go to teacher for all his students. Because of his immense commitment and appreciable work ethics he was nominated as the BEST Head of Maktab Hifazatul Islam.(A govt. Aided School)
He then shifted to Delhi, working as a headmaster in the year 1946 but unfortunately the period of partition brought a halt in his life and career. He and others soon had to travel back to their villages fearing their lives during the riots. Nevertheless as life goes on, Haji ji joined back in Delhi in 1948 and then spent a major part of his life as a headmaster in various schools around the areas of the City of Delhi.
Haji ji retired as the headmaster in the year 1982 and settled back in his native village of Asara. He received many awards from his department during his tenure as teacher and headMaster.
He was the youngest Member of the Management committee of Muslim Inter College as well as of the Selection Board of the Inter College. He was also the youngest President of the Muslim Jaat Punchayet. He did many reforms like eradicating 3 days Marriage processions and also put restrictions on the dowry system to some extent.
What made him the talk of the village other than his captivating talent of being an outstanding orator was his way of teaching. He always emphasized on unconventional ways of teaching thus even used to craft his own teaching materials for class lessons. He tried to excel every day by doing something new and making education and learning a process that is to be enjoyed.
When Haji ji became the change he wanted to see in the world. He lived by what he believed in. He strived to be independent even at home by learning how to stitch and often indulged himself in various works like embroidery, cooking, as well as needle and thread work. He left us for his heavenly abode on the Auspicious Day of Eid i.e. 14th March 1994 at the age of 72.
His Charming character, humility, self respect, forbearance, and his integrity all made him immortal in the hearts of many who saw him as well as for the coming generations.
It is this man that New India Education Trust looks up to in terms of discipline he embodied and the power of integrity he lived with. NIE Trust is inspired by the principles by which Haji ji lived his life.